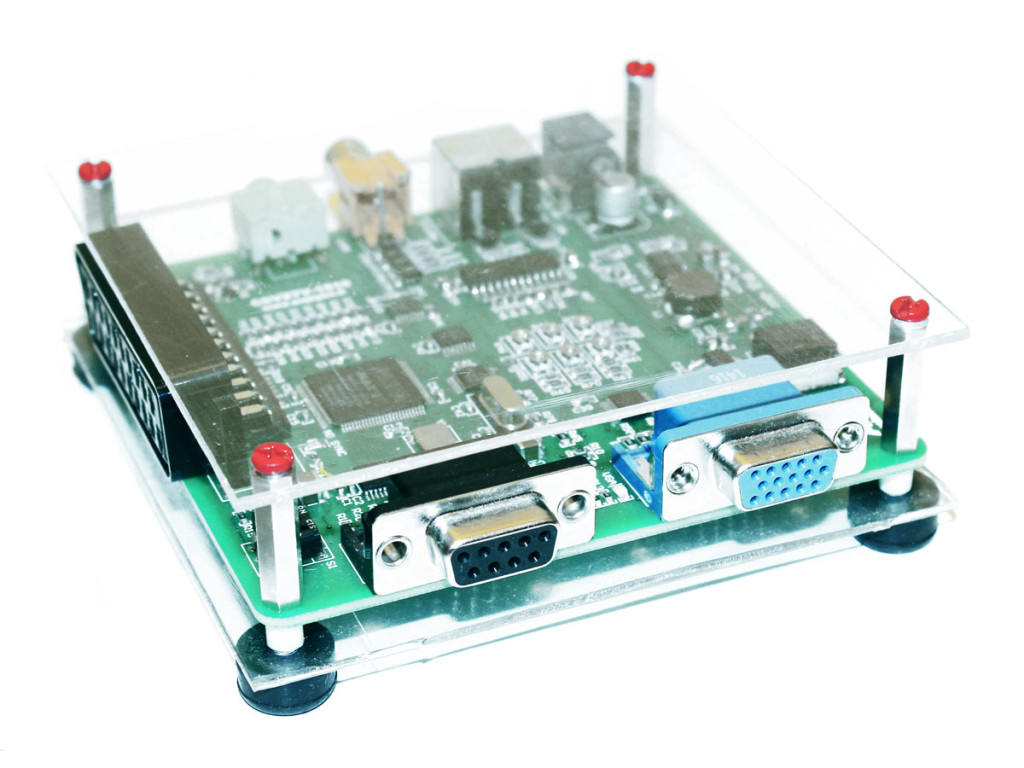 With CEV2TV you can use your standard television set (CRT, LCD, OLED, Plasma, etc.) as a monitor to display CGA, EGA and VGA video formats.

CEV2TV does not alter both the original video resolution and the scan frequency achieving high quality video output.

A question could be reasonably asked:

CEV2TV was born about 2 years ago from a very simple and little circuit which was able to separate horizontal and vertical scanning signals from a composite scanning signal. 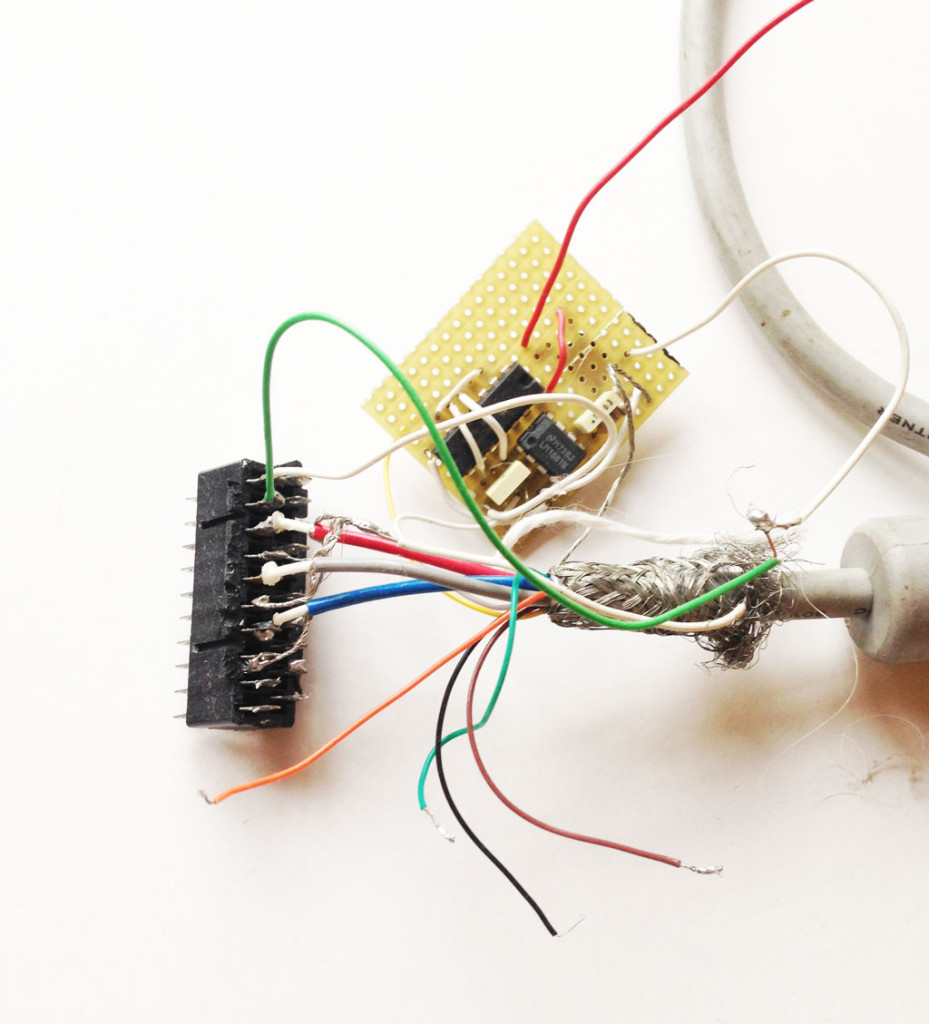 After few days we had to face an issue: how to replace exhausted CRT monitor of an industrial knitwear machine. We hoped to find a new CRT monitor with the same characteristics of the exhausted one at a low price. After few weeks of research we understood that no standard and low priced CRT monitor was compatible with the industrial machine. Thus, we created the first prototype of CEV2TV. 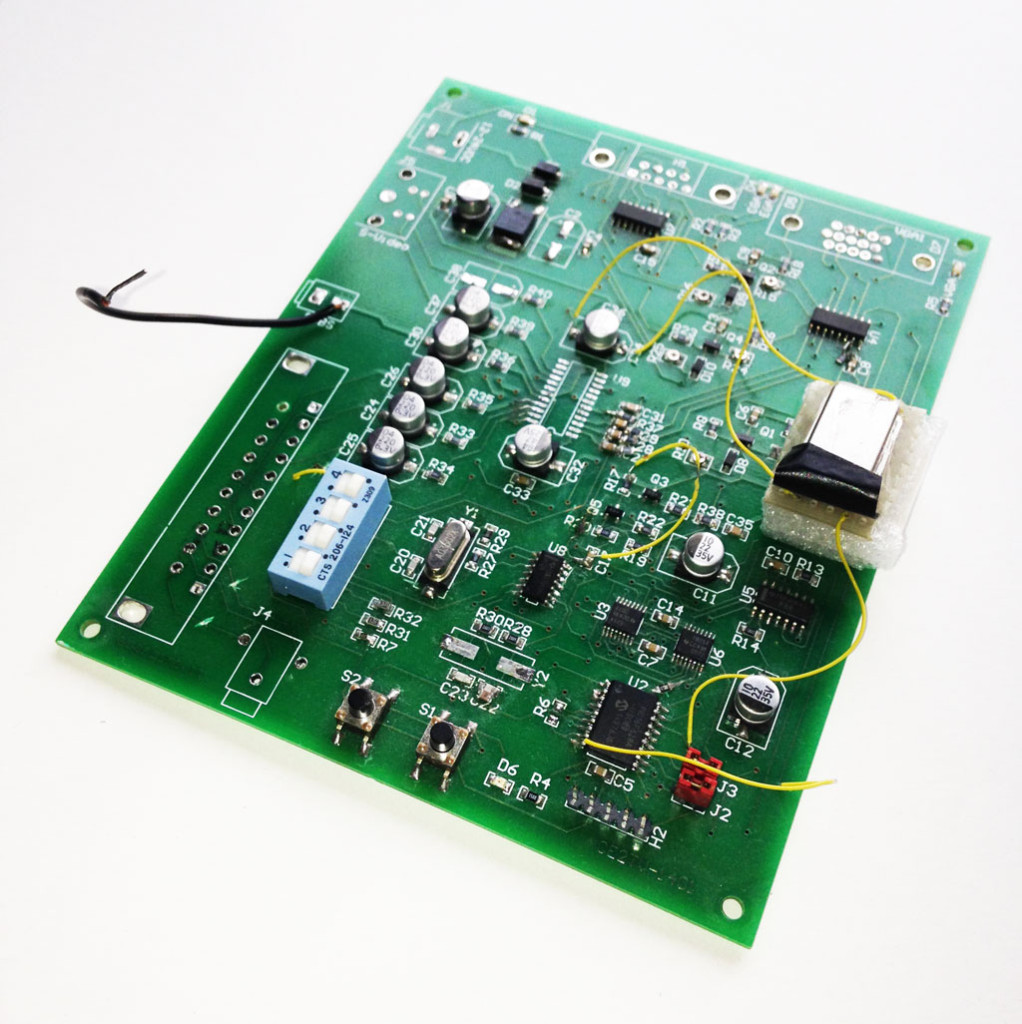 After months of work to increase the video quality we created the second prototype of CEV2TV but it still wasn’t fully compatible with CGA/EGA palette. 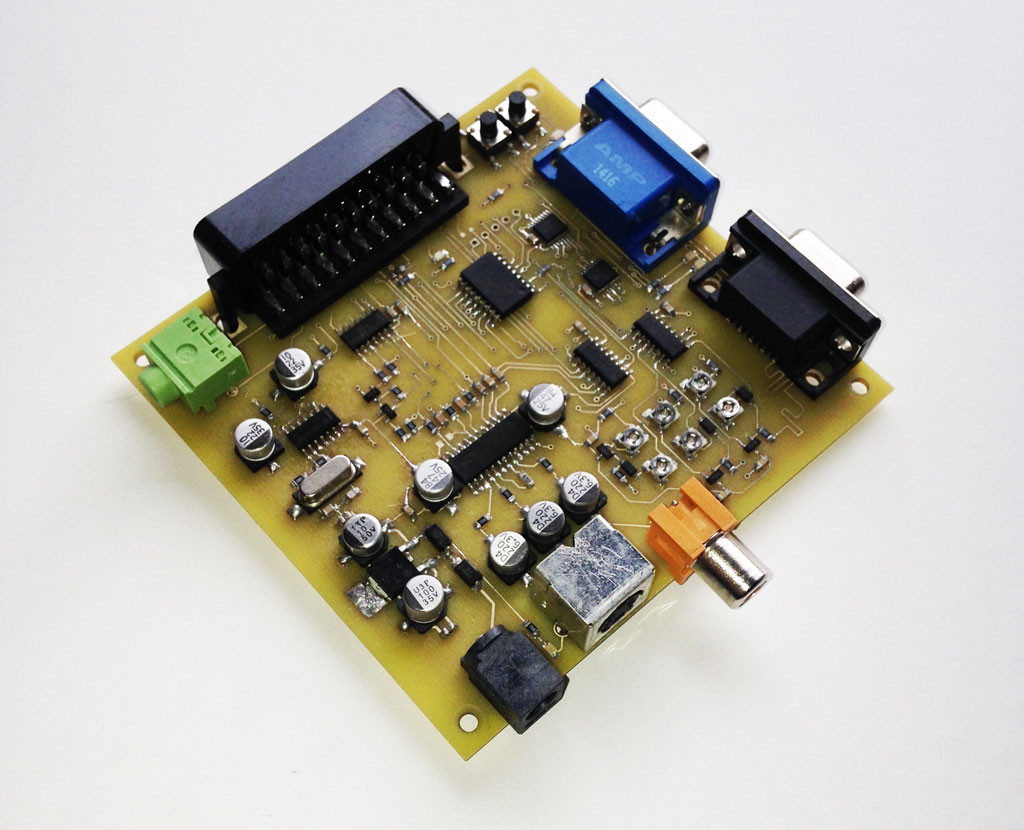 At the end we created the ultimate version of CEV2TV with DAC and FPGA, finally fully compatible with CGA/EGA palette. 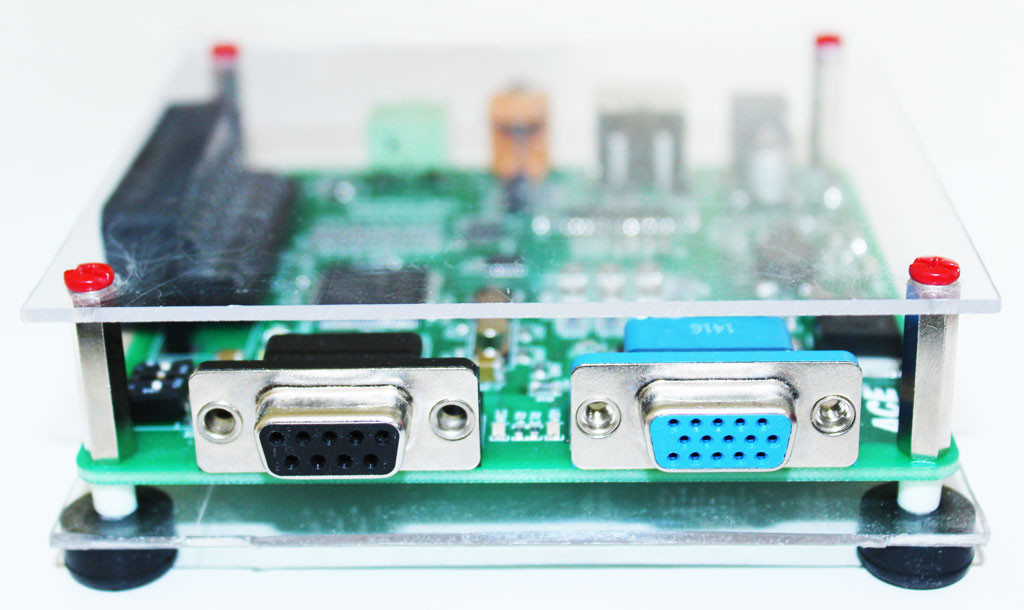 CEV2TV is able to display on standard television set:

Unlike the majority of converters on the market, CEV2TV does not alter the original video signals and it does not change the scan frequency signals using scan converters or video scalers. Scan converters and also video scalers alter video frequency and resolution reducing video quality. In CEV2TV the entire process occurs in analog domain. There are not Analog to Digital Converters (ADC), that ensure maximum video quality and native resolution of video. 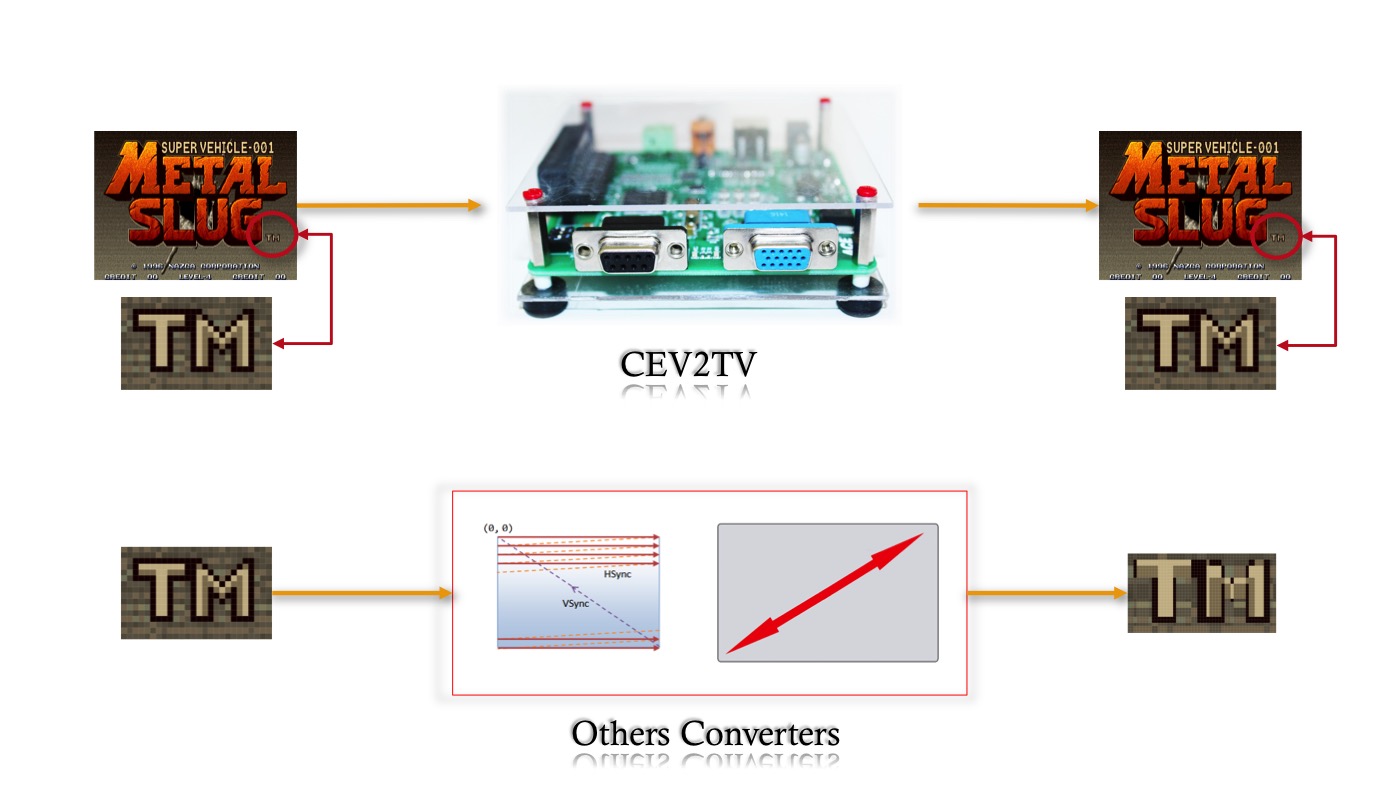 As CEV2TV doesn’t touch the horizontal and the vertical scanning frequency of original video input, it continuously monitors the input signals and the output is enabled only when a compatible signal for TV is available. If the video input changes at an incompatible scan frequency, CEV2TV disables the output instantly.

CEV2TV enables the video output when the input: 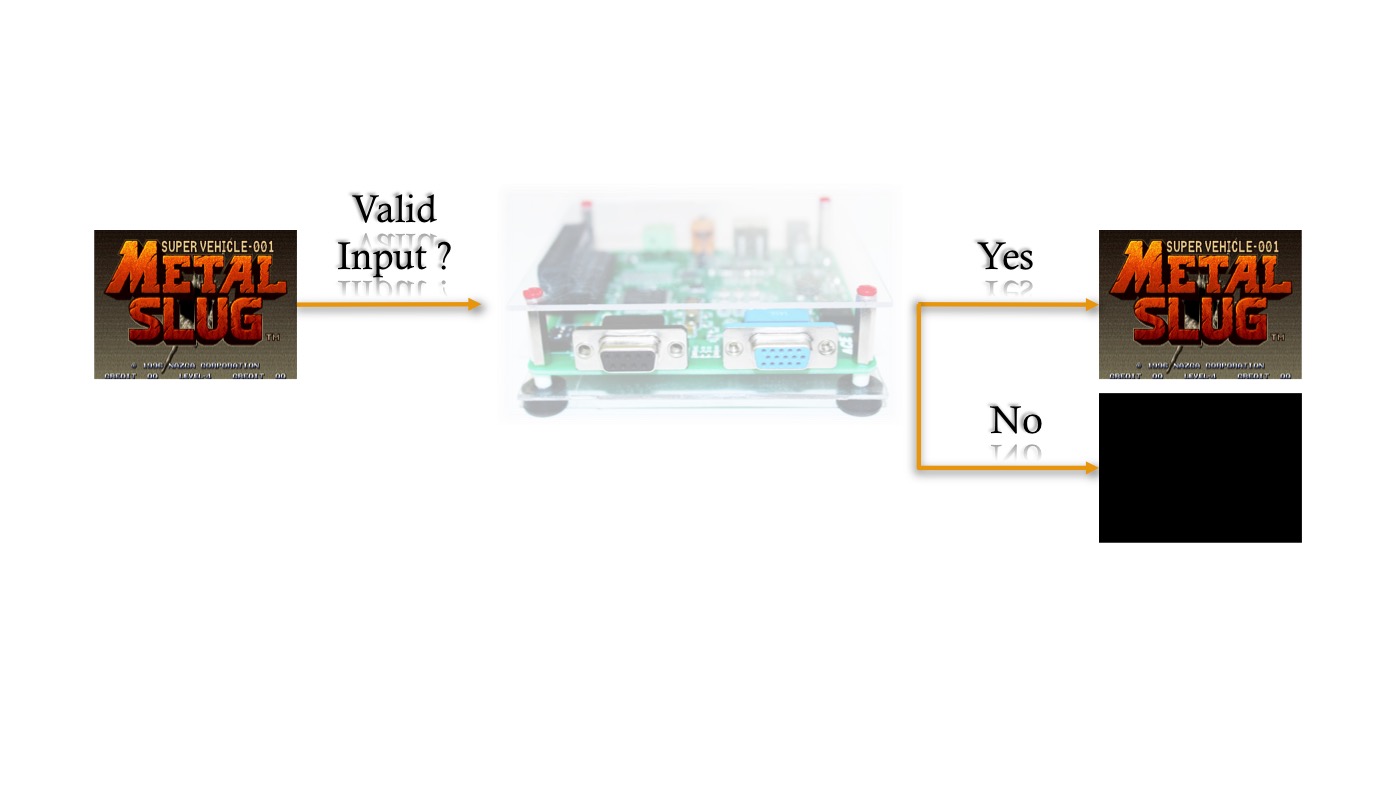 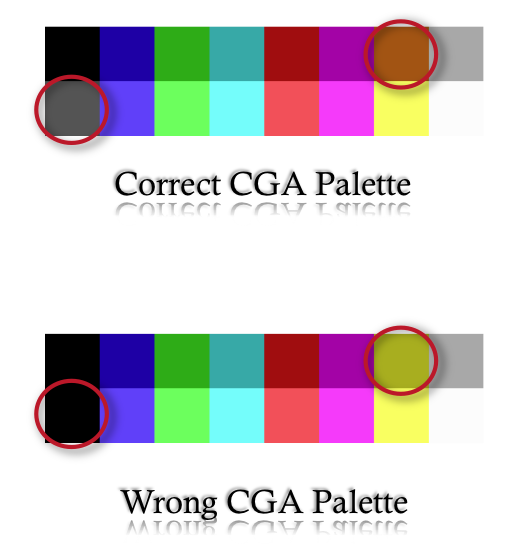 Because CGA and EGA use digital signal for RGBI/RrGgBb signals and for synchronization signals, CEV2TV has got a FPGA and a dedicated R-2R ladder DAC.

Moreover CEV2TV is equipped with: 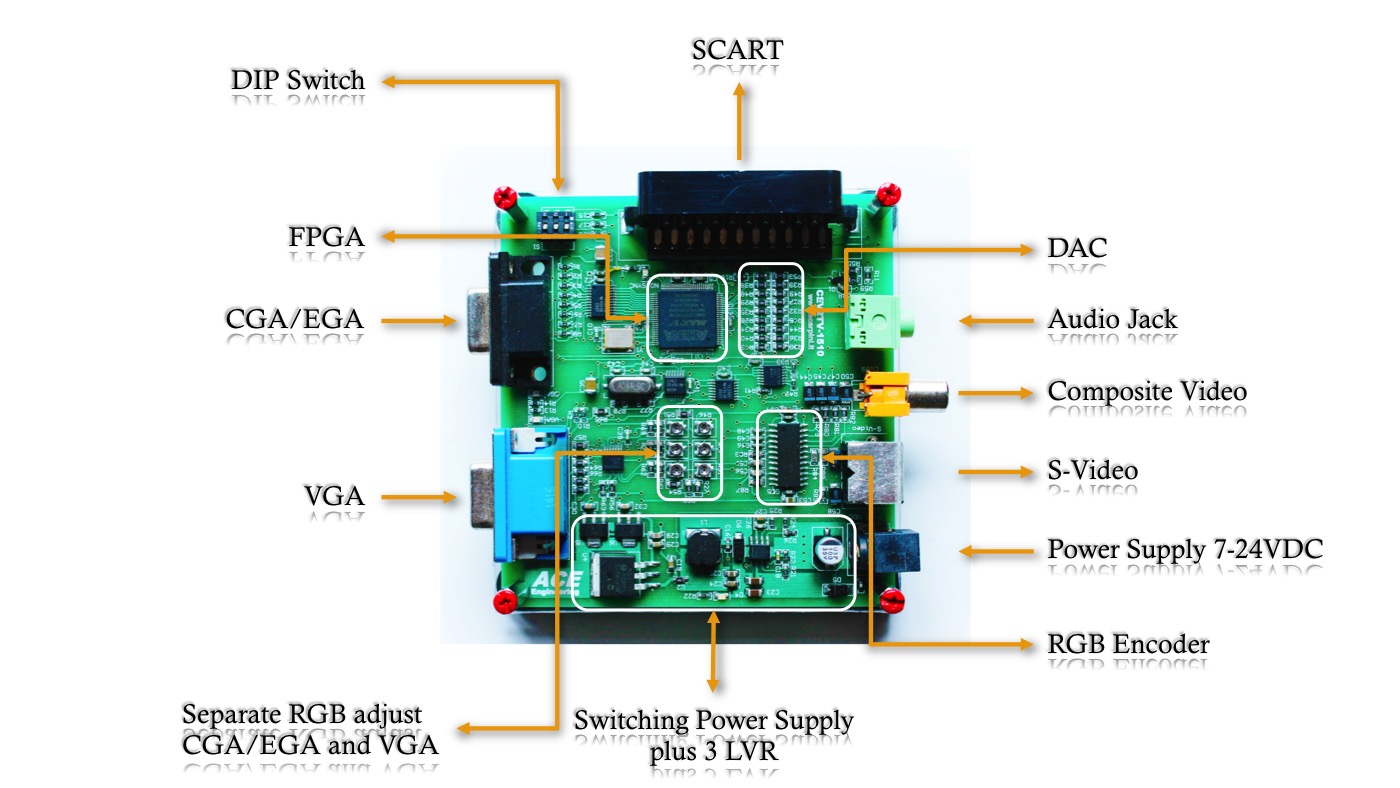 CEV2TV can help you to resolve a lot of problems. For example, with CEV2TV you are able to:

CEV2TV is really easy to use. Just plug the input and the output and watch your TV.

CEV2TV is not a simple board. We have been working on it for about 2 years before reaching the wished high quality of the output video. The high quality components of CEV2TV are not the cheapest on the market. For example the only FPGA on board costs about 8€ as well as the RGB encoder, the Sony CXA2075, costs about 8€.

CEV2TV is designed and produced in Italy. Every single CEV2TV video converter is tested before shipping. We ship from Italy.

CEV2TV has been presented on KickStarter. Watch the video.